The manufacturing industry, like any other industry, is not immune to data challenges. Sourcing data, wrangling it and ensuring it’s being used in a governed, standardized way are not uncommon problems. Particularly in manufacturing, issues surface with inventory management, within the supply chain and with logistics. These issues can include verifying the availability of necessary parts, ensuring final products are shipped on time, as well as optimizing materials, information, and service flows. Continuous improvement through data is vital to meeting customer demands for quick, efficient delivery in a hypercompetitive marketplace.

The need be a data-driven organization became especially acute for the CEO and CFO of United Safety & Survivability Corporation (United Safety) – a manufacturing company specializing in vehicular and people protection systems and seating design. They realized the company was using multiple ERPs; different financial, HR and travel systems; as well as engineering applications with no centralized, governed analytics warehouse. That’s when Brad Ringen, Director of Analytics, was brought on board as the company’s first analytics hire. His charge was to establish, along with two additional analytics hires, a roadmap for a single version of data truth – a unified, structured analytics framework to cancel out the “noise” and inconsistencies across the many applications in use.

“When I first arrived, there was no centralized governance to the company’s data. Different teams were running various apps, using different definitions of revenue, sales and production efficiencies,” noted Ringen. “We needed to standardize and structure those definitions while also empowering end users to gather the right business intelligence to make the best decisions they could.”

Ringen already had experience with Qlik Sense Enterprise SaaS in a previous role, and thought its ease of use and clean visualizations, combined with the Qlik Associative Engine, would be an ideal analytics solution. Installed and deployed within a highly performant Microsoft Azure cloud infrastructure, Qlik Sense enabled Ringen to quickly transform the analytics environment at United Safety. Analysts, once presented with demos showcasing Qlik’s capabilities, soon moved away from query-based tools, which had slowed productivity, created tunnel vision, and restricted data exploration.

According to Ringen, analysts almost immediately recognized the freedom provided by Qlik Sense and its Associative Engine, which allowed them to surface unexpected insights at the speed of thought and recognize new relationships within their data. In addition, the company’s analysts realized that leveraging Qlik’s files for all the organizations’ datasets made the creation of dashboards simple, easy, and consistent – e.g., the colors representing revenue, orders, and sales opportunities would be the same in every chart. “People didn’t have to guess what dark blue means in one dashboard to the next. Also, because Qlik’s data files can be easily merged, mixed and matched, creating a dashboard was a simple process. There’s no need to develop new code or retool existing code in another application to create a new dashboard for a different analytical need,” Ringen said.

This ease of use helped boost adoption of Qlik Sense throughout the company and lessen reliance on the analytics team to perform the analysis, allowing users to explore their data. Users felt they could go off on their own, create dashboards and explore without limits and without needing to ask how to do so. What emerged was a hybrid centralized/decentralized model, where data governance sat with Ringen’s team, while users were empowered to create apps on their own. This solved two major problems for United Safety. First, all apps were now using data with standardized definitions and file formats, so any confusion when reporting out business performance metrics across different business units was considerably decreased. Second, users were no longer operating in silos; they had the confidence to explore datasets they hadn’t touched before and to collaborate with others and, as a result, were encouraged by their findings.

“It was really important for me to make sure everyone was using the same analytical tools, and that they trusted the information they were being given to do their work,” said Ringen. “What’s more is that we’re beginning to use apps that are now showing promising, early ROIs.”

One Qlik Sense app, which uses Qlik Alerting, can recognize the amount of inventory held for various parts, identifying them as either a part that needs to be purchased or one that could be manufactured in house. Ensuring that the parts are correctly identified is a critical business function for order fulfillment, and the app sends out alerts for incorrectly identified parts within the company’s ERP. United Safety has created a mobile version of the app, enabling users to receive alerts on their phones. Another app helped United Safety reconcile inventory against production schedules, providing valuable lead time insights in support of several million dollars’ worth of orders. A third app, utilizing the Qlik Associative Engine, provided a color scheme-based view into customer engagement and purchasing patterns, enabling sales to flag customers who had not been contacted recently and to do analyses of buying activities.

Probably the most important app is one that marries revenue, orders and opportunities to make financial projections over a fiscal year. In years prior, this had been done manually. Now, it’s automated by the app, which provides full fiscal year breakdowns of both realized revenue and future opportunity revenue, with probabilities for each opportunity calculated to establish confidence intervals. “This truly gave us a window into our financial health that we can trust, enabling us to adjust our strategy on an ongoing basis,” noted Ringen.

In the future, United Safety’s analytics team will be looking more closely at production and manufacturing line efficiencies. Specifically, they would like to create a heat map app for their production floor. Ringen envisions heat-mapping to enable optimal inventory placement within the company’s warehouse. Ultimately, this app and others will help United Safety save time and money, shorten production cycles and capture more business while continuing to optimize the company’s analytics functions across all departments.

Not immune to #data challenges, #manufacturing faces them every day. @UnitedSafetySur explains how it's faced them and how other companies can do as well w/ @Qlik 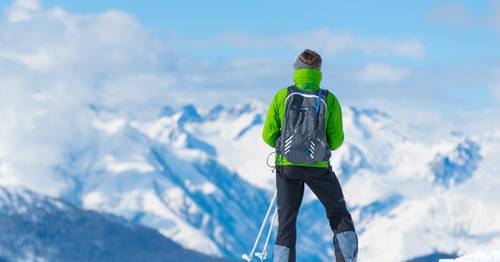