The Kick is Up! Analyzing NFL Kickers 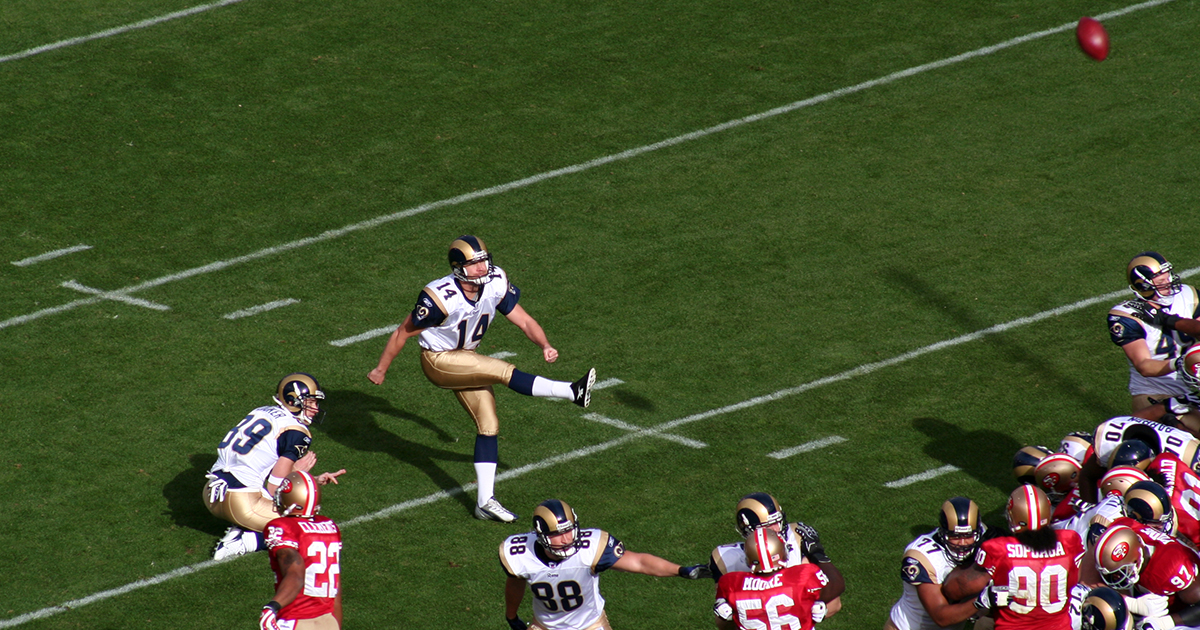 For years, it was automatic. An NFL team scores a touchdown, they trot out their kicker, he splits the uprights from about 17 yards out. Point after touchdown (PAT) good! It was such a gimme, that the PAT became a boring play.

The NFL competition committee decided that they need to spice the PAT up a little bit. They proposed to the owners that the PAT be moved back to the 15 yard line. In addition, the 2-point try would be snapped from the 2 yard line. Both plays would be live, meaning that the defense could score 2 points for returning a turnover or a botched attempt. The idea was to promote more 2-point opportunities and to add skill to the PAT. The owners overwhelmingly voted for the change 30-2. So, in 2015, the NFL introduced the new rule change.

If you were watching any NFL football games this past weekend, you surely heard the announcers talking about how kickers had set the record most PAT misses in one week by converting only 52 of 64 attempts (81%). This got me thinking, how much has the new rule affected kickers? As always, I went to my favorite source for sports data, pro-football-reference.com. I gathered the yearly kicker data for each team for the last ten years (2007-2016). I loaded it into Qlik Sense and I started my analysis. Here is what I found in the data:

PAT Attempts vs. PAT Made

FG Attempts vs. FG Made

Accuracy through the Years

It is clear the new PAT rule change is effecting kickers. Interestingly, comparing the 2007 season to the current season, kickers have converted a higher percentage of field goal attempts at every 10-yard distance. So, for as bad as it seems kickers have been this season, they are more precise (extra points notwithstanding) today than they were in 2007. Here is a link to the app. Let me know what you discover in the data.