What Did We Learn at the 105th NRF Show?

What do we know now that the conference is in the rearview mirror? 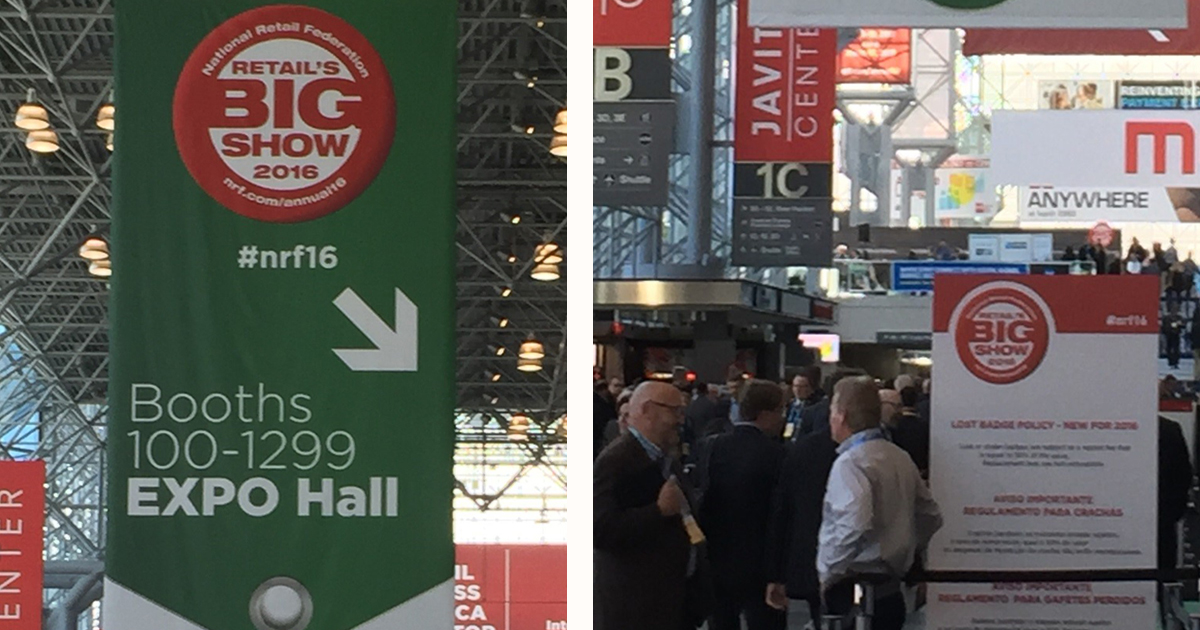 In 1911 William Howard Taft was the President of the United States, the toy game The Erector Set was introduced to the world, the first seaplane was invented, and the very first National Retail Federation (NRFG) convened known then as National Retail Dry Goods Association (NRDGA). 105 years later the NRF show is the largest and most prominent retail industry event globally with more than 30,000+ attendees from all over the globe flocking to freezing cold New York City in January.

The NRF released an interesting video recap of the 2016 show. Since this was my 10th NRF show I thought I would provide my point of view on NRF 2016 from a business intelligence perspective along with a few other random thoughts…..

The 105th #NRF show led to 3 revelations as our #retail expert explains via the #Qlik Blog:

The top three themes I picked up on at NRF 2016 that applied to retail business intelligence were:

While there were plenty of other topics like artificial intelligence which received quite a bit of attention at NRF 2016 I believe Digital, Data-As-A-Service, and RFID are near-term topics that are red hot which can be significantly enhanced with an agile business intelligence platform. Find out for yourself, and take the Qlik Digital Analytics Application, developed with Teradata and Celebrus for a test drive, and get ahead of the competition in 2016!

What Will the Future Hold? A Continued and Increasing Reliance on Data

Scott Jennings
4 min read
Keep up with the latest insights to drive the most value from your data.
SUBSCRIBE TO THE BLOG