The New Breed: How to Think About Robots

By Kate Darling, expert in robot ethics and research specialist at the Massachusetts Institute of Technology (MIT) Media Lab 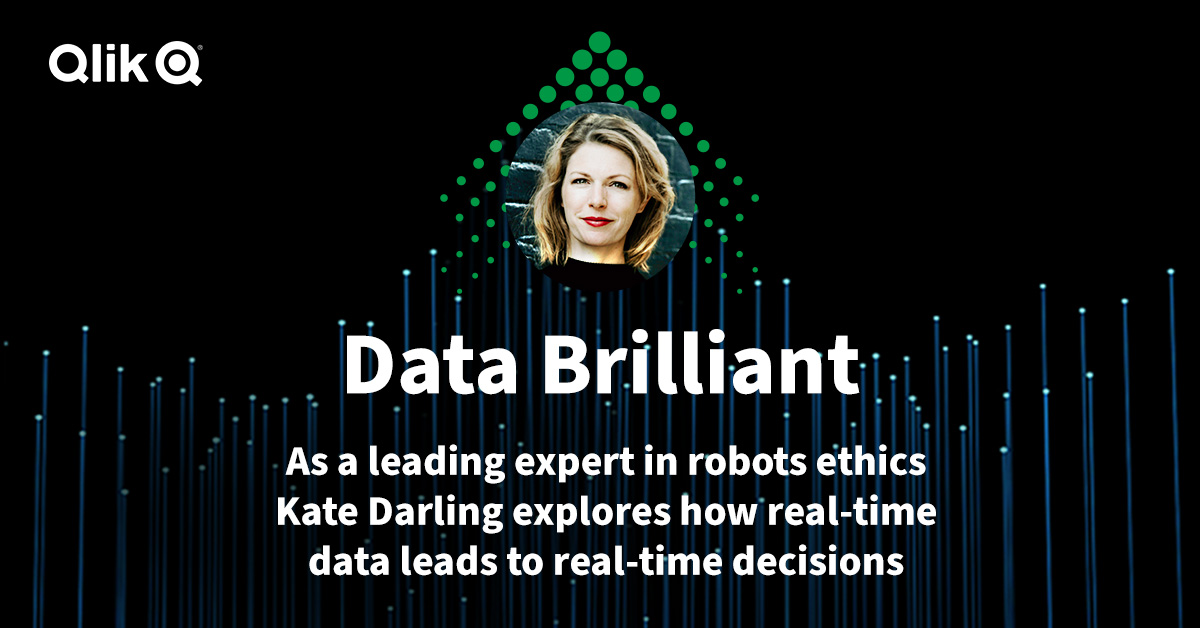 You’ve heard the saying “if you do what you love, you’ll never work a day in your life,” right? Well, I hate to say it, but that’s me. I never dreamed that I would wind up in a field that combined all of my interests, but somehow that happened. Through my research at the MIT Media Lab I get to apply my legal and social sciences background to human-robot interaction. Which yes, does mean that I mostly get to play with robots all day. It’s as fun as it sounds, but it’s also much deeper than that. The transformations in robotics and AI, all driven by the vast power of data, are completely reshaping the world around us and our place within it. So, it’s crucially important that as a society, we understand how to address the human-robot relationship and anticipate the difficult questions that we could face in the future, from technology law and policy to AI ethics.

Defining What a Robot Really Is

If any of you have read my new book, I live by Illah Nourbakhsh’s rule that you should never ask a roboticist what a robot is. But in the latest episode of Data Brilliant, Joe DosSantos asked me to define a robot (don’t worry, he’s read my book and he did it on purpose to test me). And it was a pretty good place to start, because the answer is: It’s complicated. It may come as a surprise to many that, despite what Google Images would have you believe, there is no universal definition of a robot.

Here's why. A lot of roboticists define a robot as a physical entity that can sense its environment and can make a decision based on the data that it has collected to then act on this environment. Sounds pretty good right? But then, doesn’t your phone do that? It even lights up and vibrates to act on its environment, yet no roboticist would call a smartphone a robot. So therein lies the complication. But lack of a dictionary definition shouldn’t stop us from thinking about what automated technologies mean for our future. In fact, it can be helpful for us to set aside some of our preconceived notions of robots.

The Relationship Between Human and Machine

As automation, AI, and robotics continue to become entrenched in our daily lives - from the data Spotify collects to show us recommended playlists and podcasts, to the navigation app on our phone or car - data continues to be a hugely powerful force within our society. But as Joe rightly pointed out when we spoke, that doesn’t necessarily mean that robots are going to take over our world and steal our jobs. Yes, machines are getting smarter, but their intelligence is different to that of you or me. Unlike robots, humans are creative, adaptable, and they can deal with uncertainty. And most importantly, combining forces and using machines to augment our intelligence and skills is much more effective than trying to recreate human ability.

That’s why I compare our relationship with robots to our relationship with animals. We've used animals throughout history to help augment our work. From transportation to field work to using canaries as gas leak sensors in coal mines. As entities that can sense, think, make autonomous decisions, and learn, animals are a great analogy for how we should be thinking about robots. It’s certainly better than comparing them to humans, because the true potential of this technology is to partner with us, not to replace us.

By the way, just as we grow emotional connections to certain animals, we also do with some robots. Joe asked me about a workshop I ran with my colleague Hannes Gassert, where we gave people cute baby dinosaur robots to play with and then asked people to hurt their robot. Nobody would. These robots weren’t living, they didn’t have emotional feelings or the capacity to feel pain, yet no person in the room wanted to do anything to cause them physical harm. And that told me a lot about how we treat robots differently than other devices, and how it’s useful to be aware of this as we deploy robots into shared spaces.

Ultimately, our old Terminator-style narrative around robots is still a pretty widely held view within mainstream society. But I believe if we can set it aside, we take some agency back from the robots. It frees us to think more long term and creatively about how we want to integrate these technologies into our world, and how to do so in a more inclusive way that supports everyone.

Register for #QlikWorld to hear more from Kate Darling (@grok_) as she joins this year’s virtual panel discussion to further explore the complex relationship between #technology, humans, and society at large