Qlik is proud to be an official sponsor of PGA TOUR Golfer Henrik Stenson! 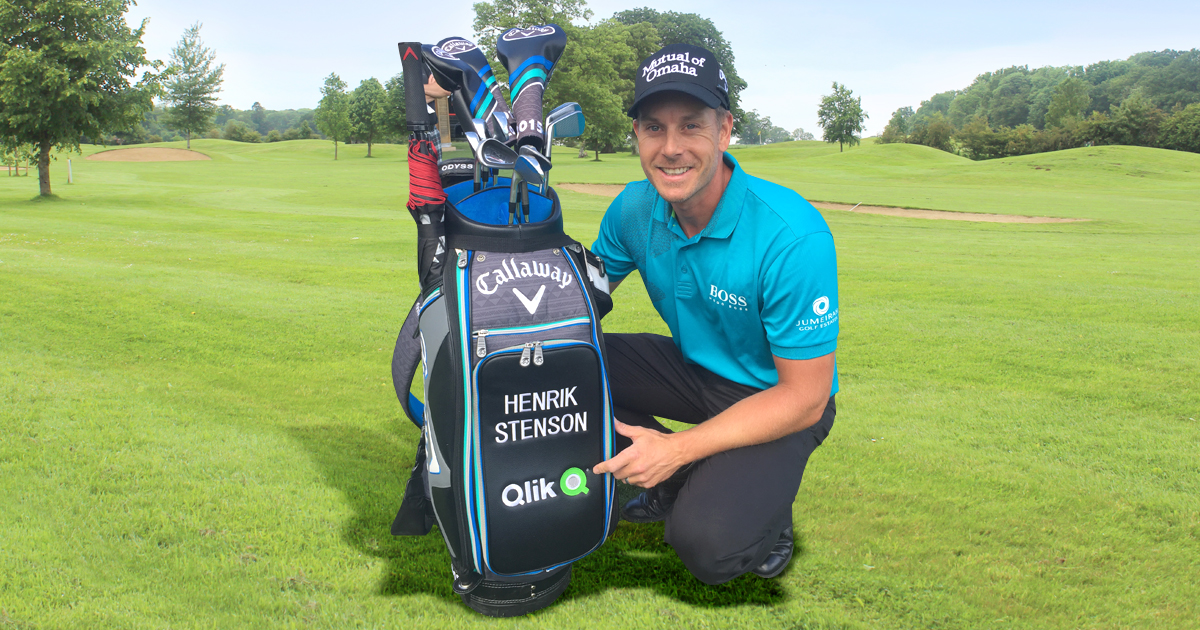 As I wrote in my last post, there is a certain joy to launching a Titleist 200-300 yards into the distance, but the best in the world are the ones who can consistently get it to land on the green. And on the heels of announcing the sponsorship of Carro Hedwall, we want to also announce that one of the best golfers in the world is now an official member of Team Qlik – the one, the only, the Iceman, Henrik Stenson!

Much like Qlik, Henrik was born in Sweden, and his Viking ancestry might explain while he is sometimes pretty hard on his golf clubs. We like this passion and competitive spirit, and his good humor as in the 2009 WGC-CA Championship, when he hit a shot while standing in a water hazard in nothing but his underwear! (He managed to salvage a bogey on that hole, not bad)

Most recently, Henrik got off to a great start in the U.S. Open, leading the first round, but struggled with greens that had a texture similar to “broccoli.” (If you watched on TV you’ll know exactly what he’s talking about) He bounced back the following week in the BMW International Open, finishing one stroke behind the leaders and moving up the world rankings from seven to six overall, for the week of June 28.

Check out Henrik’s impressive career stats and be sure to cheer him on at the 144thOpen Championship at St. Andrews. This will be Henrik’s 11th Open appearance, and his best finish was 2nd place in 2013. Hopefully he will win this year, as he’s got Team Qlik behind him. The event will be broadcast on BBC and ESPN here in the United States.

Just in time for #TheOpen, #Qlik is now an official sponsor of Sweden's own Henrik Stenson! #Sverige

Just before heading to The Open, Henrik took some time for a round of golf with Qlik CEO Lars Björk in Sweden. Now he is definitely ready to hit the links; wishing you the best of luck, Henrik!