The Evolution of Data, Analytics, and AI—All in Less Than an Hour! 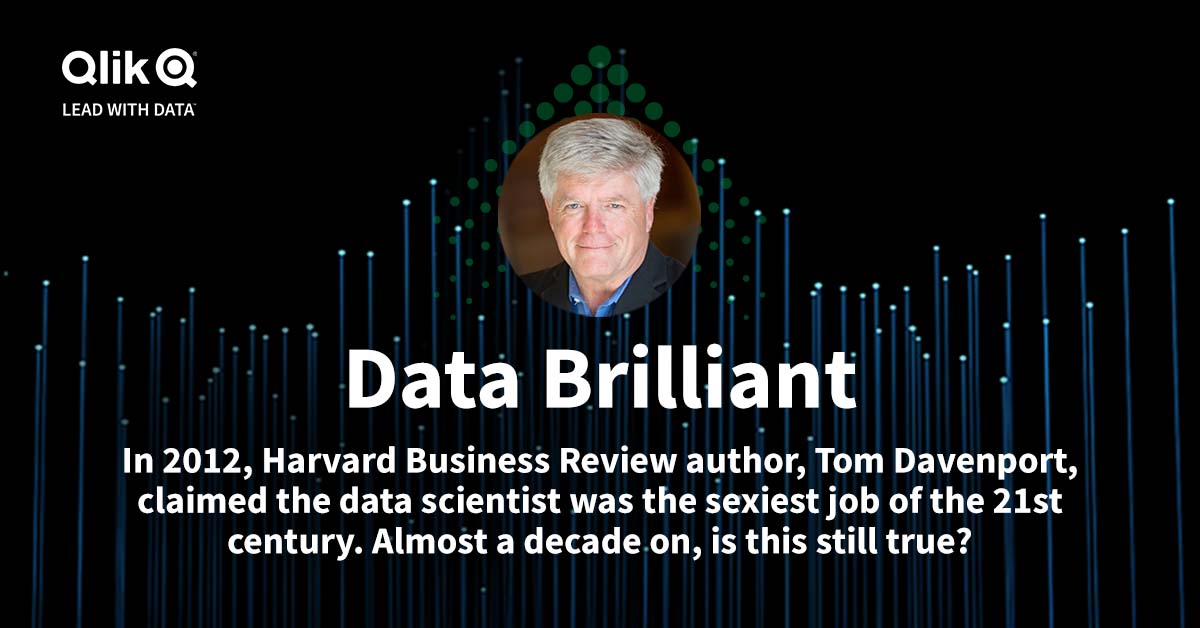 Much of my focus over the last couple of decades has been in analytics, big data, and AI, and Joe DosSantos and I discussed the progression of these fields over time in a recent Data Brilliant podcast episode. My subtitle for that episode might be, “The Promise and Perils of a Hot New Field,” as we addressed several aspects of how these popular concepts have evolved in the first fifth of the 21st century.

In fact, Joe asked about how the field of analytics had changed since I first wrote about it early in the century. I mentioned that while many more companies are now “doing” advanced (predictive, prescriptive, automated) analytics, not enough are really competing on their analytical capabilities. But, what does it mean to compete on analytics?

I didn’t use this phrase in the podcast, but it comes down to the “strategic intentionality” of analytics usage. Analytical competitors have a strategy for analytics—where they will use them in their business, how they will build world-class capabilities, how they will integrate analytics into their business processes, and so forth. The capability becomes key to their identity as an organization.

Tied into this, Joe brought up a past article of mine: “Data Scientist: The Sexiest Job of the 21st Century,” which is an article I’d written for Harvard Business Review in 2012. He asked, as with competing on analytics, what had changed since then. I said the job, like the analytics movement, had become much more popular, but it was and continues to be poorly defined. Joe and I agree that companies expect too much from data scientists—coding, analytics, business change, strategic thinking, and even more. There are no unicorns, and there are no data scientists who can do all these tasks.

Joe mentioned that data science teams need to have diversity of skills and thinking, which I certainly agree with. But, he brought up a book I’d co-authored in 2012 as evidence: Judgment Calls, which is about how teams in twelve organizations made good decisions. I don’t think of that book as being about data science, although three or so of the 12 chapters are about analytically-based decisions. But, it is about the value of having diverse individuals in decision-making—and, come to think of it, that’s often what data science is intended to improve.

Defining the Role of the Chief Data Officer

We also discussed another job that could do with some rethinking —the Chief Data Officer. That role is of particular interest to Joe, since he is one. I’d published one article suggesting that, like data scientists, many CDOs can’t fulfill all of the expectations heaped upon them. I’d recently published another suggesting that the short tenures of CDO incumbents was related to these unrealistic expectations. And, we discussed that it’s simply too hard for CDOs to show value in data management alone. It’s far easier to be a CDO if you are also the Chief Analytics Officer. We can much more easily demonstrate and calculate the value of Analytics and AI projects, which usually yield improvements in data as well. But, the idea that a CDO is going to create a fantastic data environment is both too hard, and too hard to measure.

Democratization of Data Is Key

For any CDO to succeed, data needs to be democratized throughout a business. Joe pointed out that data scientists will increasingly need to understand and communicate the outputs of statistical analyses—not just to create new algorithms, which machines can increasingly do.

So, what’s next for the data scientist and CDO?

Only time will tell.