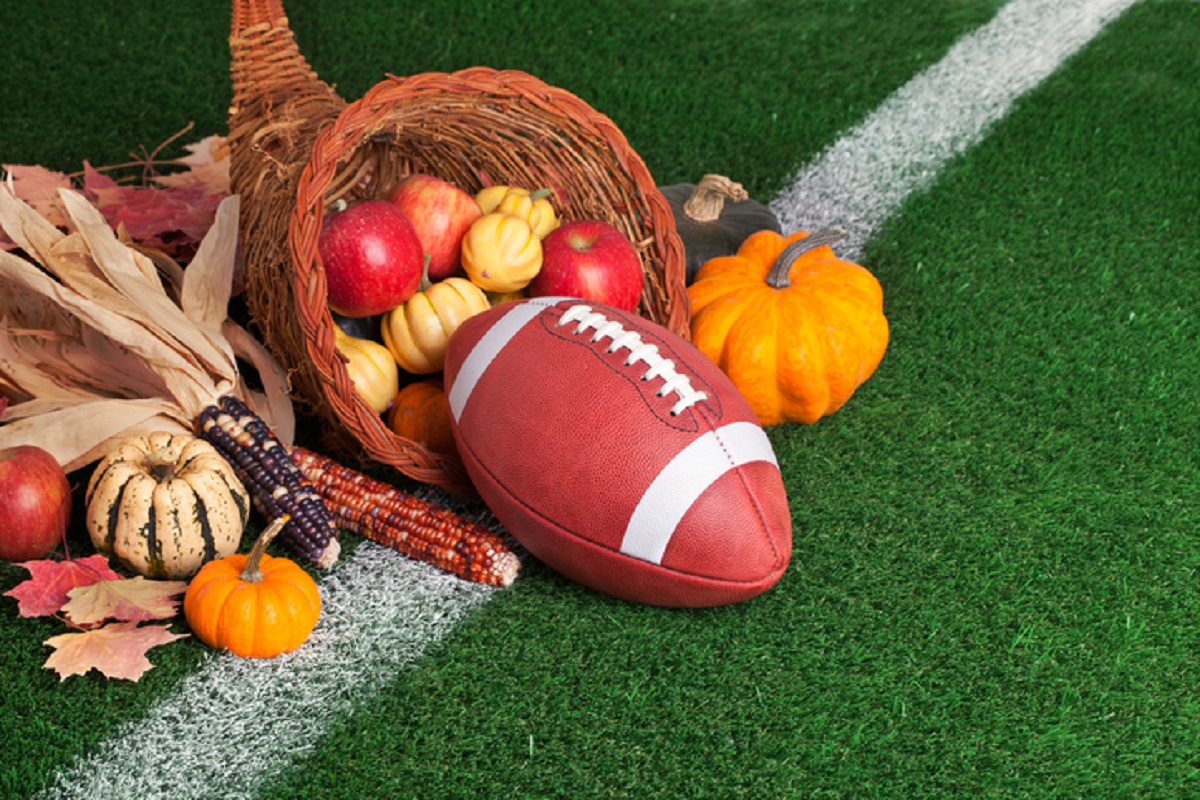 Football has always been a Thanksgiving Day tradition in my house.

Starting when I played football in grade school (1981-84). On Thanksgiving, we played our annual Turkey Bowl game versus our neighborhood rival school. After the game, we would come home and get ready to watch football. The Detroit Lions who played in the Pontiac Silverdome, followed by the Dallas Cowboys playing at Cowboys Stadium. Mom had to time dinner around either halftime of the Lions game or the 15-minute window between the games. Having continued this tradition in my own home, I can tell you that is no easy feat.

In 2006, the NFL has decided to cash in our insatiable appetite for football by adding in a third game, better known in my house as the “dessert game”, in prime time.

So, with Thanksgiving a couple of days away, I thought it would be a good time to take a look back at the history of Thanksgiving Day football. I found a web site, Gridiron-Uniforms.com and data from 1920 through last year’s games, loaded in to Qlik Sense and built and app. Here are some stats that you can throw around the dining room table this Thanksgiving.

One would think that home teams would have a distinct advantage when it comes to Thanksgiving games. Most teams would have played the previous Sunday, they then must travel on a short holiday week while the home teams enjoy the comforts of being at home with their families and being able to sleep in their own beds. The numbers tell a different story. In all, 226 games have been played on Thanksgiving, with the home team winning 110 (~49%), the visiting team has won 103 (~46%) and 13 (~5%) games ended in a tie.

In the chart below, the right side (red) represents the wins and the left side (blue) represents the losses for each team. The Dallas Cowboys (+12) lead the way in wins over losses. The Philadelphia Eagles (+5), New York Giants (+3), Miami Dolphins (+3), and Minnesota Vikings (+3) round out the top 5. The Detroit Lions, having played in 77 games, are an overall -1 in wins over losses with a record of 37-38-2.

Hearing the voices of Pat Summerall and John Madden instantly bring me back Thanksgiving. John Madden spend the game talking about the Tur-duck-in that was assembled for the game MVPs and Summerall’s call of the game was as relaxing as sitting in your old rocking chair. Looking at the list of announcers who graced our television sets on Thanksgiving, Pat Summerall (36) and John Madden (21) are first and third respectfully. Squeezed in the middle of those two broadcasting giants is Phil Simms (22). Dick Enberg (20) and the duo of Joe Buck (15) and Troy Aikman (15) round out the top 5.

Here are some additional Thanksgiving Day football facts that you can use to impress your friends and relatives (Especially the one person in the group who thinks he/she is a stats machine):

If you would like to play around in the app yourself, here is the link.

Thanksgiving is right around the corner so take a look at football's greatest turkey day moments with Chuck Bannon: