Seven Lessons I Learned From Space 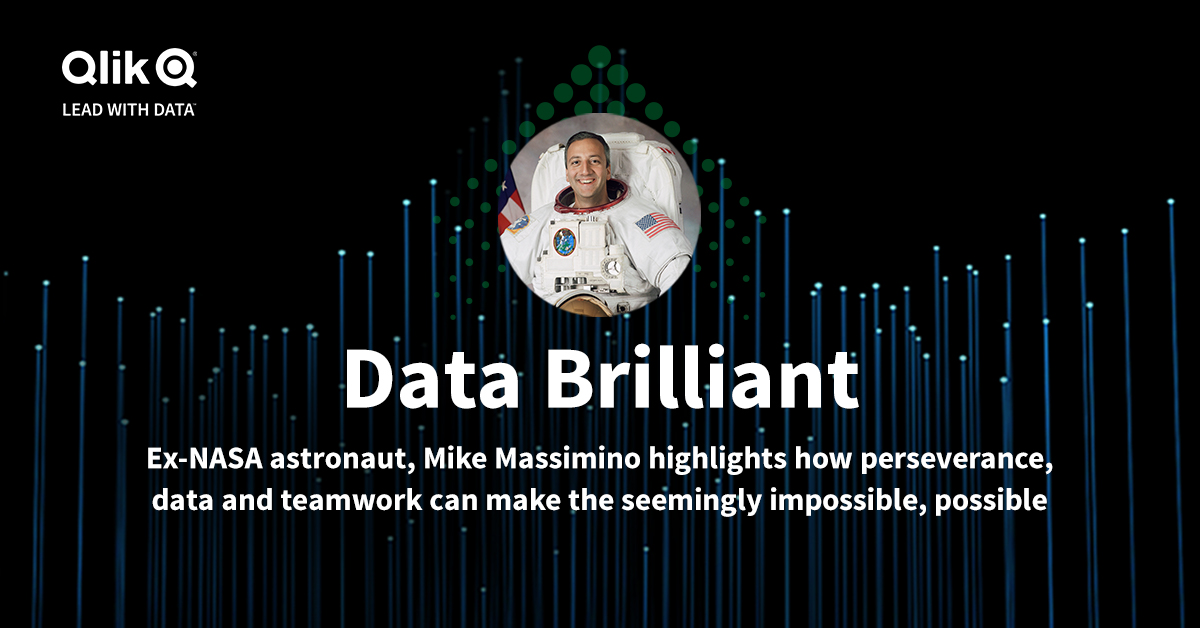 I am one of the few people lucky enough to have been to space. As you can imagine, the best part of being in space is seeing the Earth from way up high – to see the curve of the planet, the thinness of the atmosphere and just gaze at its beauty. It honestly makes you feel like you’re looking into heaven.

But, as I discussed with Joe DosSantos in the latest episode of Data Brilliant, this wasn’t the only incredible experience I had throughout my 18-year career at NASA. I also learned a lot about teamwork, the importance of innovative thinking and the need to trust in the data that plays such a monumental role in any space mission. So, here are the seven key lessons that I learned from my time in space.

1. Persistence can take you a long way

Persistence is crucial – in all areas of life and in any career. I was rejected three times by NASA, including a medical disqualification, which many would see as the end, but I overcame this by teaching my eyes and brain to “see better.” Sometimes, I felt like it was impossible for me to achieve my dreams of becoming an astronaut. But, if you look at this with a data mindset, that would mean it had a probability of zero. That, of course, is not true. As long as I tried, it was possible.

That determination and perseverance paid off when I was selected on my fourth attempt to become an astronaut and I achieved my dreams. And that attitude and willingness to go all out and never give up also paid off hugely in my career. If faced with a problem in space, you don’t have a choice but to persevere. And, as Joe and I touched upon throughout our discussion, that’s not only true of a space mission but with any complex problem.

2. Access to data is invaluable when making decisions in high-pressure situations

During my time on the space shuttle in the late 90s and early 2000s, most actions needed to be manually done by the crew. We didn’t have access to a lot of computing power or data on board, so when we would get a warning we had to try to figure out what the problem was – we didn’t have the data in front of us to tell us. In fact, there’s now more computing power in your laptop than there was on the space shuttles I went on!

This is in stark contrast to the cockpit we saw on the recent SpaceX launch. There is no doubt that having access to data to inform and automate processes – and the right data in front of you to allow you to make quick and accurate decisions – is invaluable, especially in high-pressure situations.

As a new astronaut, I asked Neil Armstrong how he came up with his famous first words on the moon. He rightly told me that the mission must always come first, and he didn’t think of what to say until after he landed. So, when I was asked to send the very first tweet from space, I thought back to the advice I’d received earlier in my career from one of the world’s most famous astronauts and decided that was what I was going to do. Focus on the mission first and the tweet after. But, after a long mission, I have to admit, I got writers block and couldn’t think of too much to say. In fact, I said the launch was awesome and they made fun of my tweet on “Saturday Night Live.” In hindsight, maybe I’m not as good with words as Neil Armstrong was and should have put some thought into it in advance!

From orbit: Launch was awesome!! I am feeling great, working hard, & enjoying the magnificent views, the adventure of a lifetime has begun!
— Mike Massimino (@Astro_Mike) May 12, 2009

As I discussed with Joe, during my NASA training and spaceflights, I learned that mistakes will be made, even with the very best intentions and preparation. I also learned that you cannot dwell on them – your team needs you to move on toward a solution.

A mentor of mine once told me that you should beat yourself up for 30 seconds but then move on and move forward. We all make mistakes, no matter what job we’re in – it’s only human. But, during a space mission, you can’t keep those mistakes a secret; you have to tell your team what you’ve done, beat yourself up for 30 seconds and then work on a solution. This motto helped me enormously throughout my career to develop a problem-solving mindset.

5. Teamwork and trusting data is of vital importance to successful space exploration

No one goes into space alone. As an astronaut, you rely on your team around you, including the other astronauts, flight controllers, your equipment and data to keep you safe and make the mission successful. Throughout the history of space flight, data has always been crucial – whether it has been accessed from the shuttle or from the ground. The ability to analyze, work with and trust that data is the difference between life and death out in space.

6. We should all be advocating for STEM education

Since leaving NASA, I have been a Professor of Mechanical Engineering at Columbia University. Throughout my career, we have seen a shift and increase in STEM learning, but there is always more to be done. Training a diverse population to participate in the STEM fields is the only way we will be able to solve the complex problems facing the world. As someone once said to me, if everyone thinks the same way, we'd never have reached the moon. That’s why increasing, not only diverse thinking, but participation in STEM learning as a whole is so important to continue innovation in all fields.

7. We need to take care of our earth

Both of my spaceflight missions were Space Shuttle missions to service the Hubble Space Telescope, during which I performed four spacewalks. Seeing Earth from that altitude (350 miles) made me appreciate we really are living on the most beautiful planet in the universe. It looks like an absolute paradise, but it also looks fragile and we need to take care of it. No matter where we live on the planet, all of us share the same home.

What I want people to take away from my appearance on Data Brilliant is that nothing is impossible if you work as a team, problem solve together and never give up.

At NASA, every day we achieve the impossible. We put man on the moon, developed the space shuttle, explored – and continue to explore – the universe. All these things at first glance seem impossible. Much like my dream to become an astronaut back when I was a kid. These dreams are not impossible if you attack them as a team and figure out a way to do it, together.

Watch the full conversation between Joe and Mike now:

@Astro_Mike talks to Qlik’s @JoeDosSantos about his journey to becoming an #astronaut and what it feels like to look at the Earth from space.

How Do You Choose the Right Data Career Path? 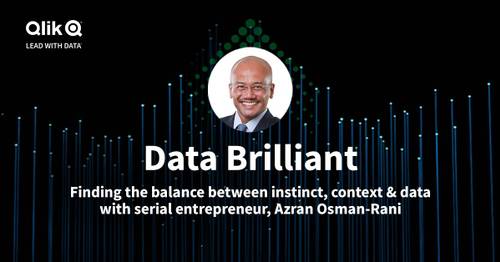 In the Quest for Success, Never Stop Being Curious With Data 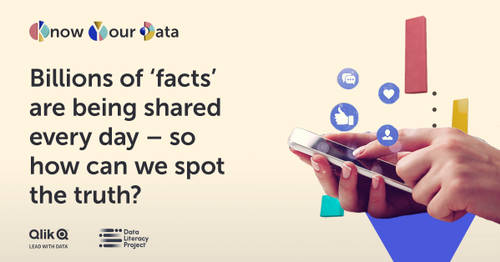 Know Your Data: How to Spot Misinformation With the NCRI