How Data Is Helping Us Answer Life’s Fundamental Questions 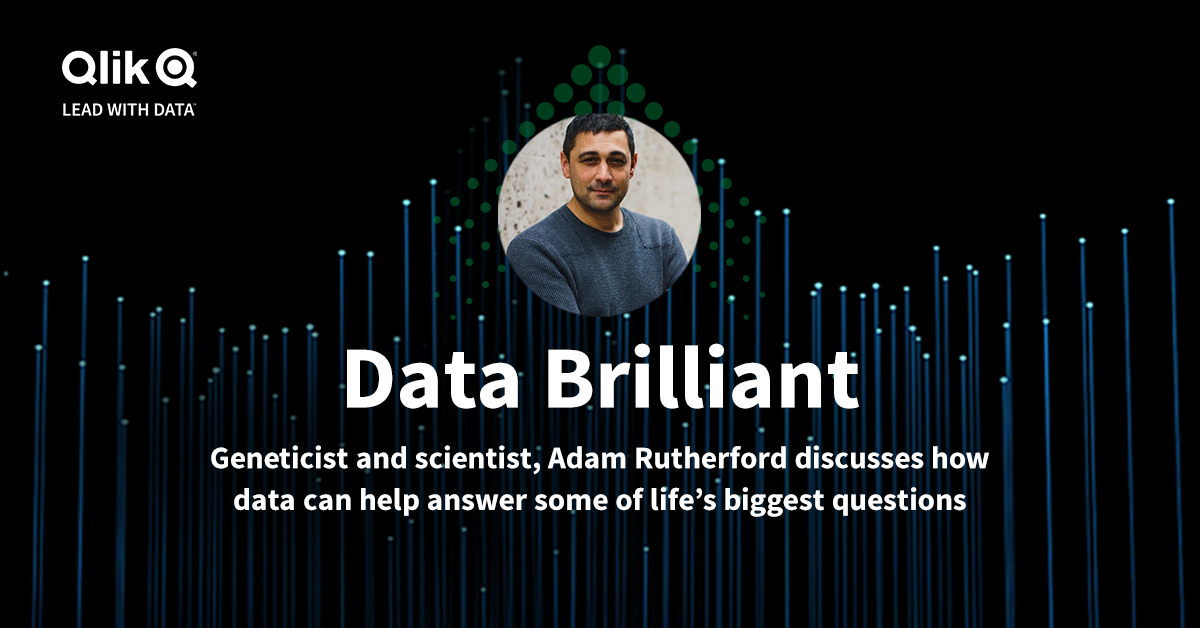 I’m a geneticist, which is really just a technical way of saying that I obsess about the minutiae of your family history. Now, while that sounds rather stalkerish, this is in fact a molecular and data-driven addiction, which is fuelled by my need to understand the nature of evolution and human behaviour via the data within our DNA. Our genomes are the single-most densely packed dataset that we have ever encountered. It is an epic poem that has recorded the ancestry of our species, including past relationships, wars, famines, migration and disease, and it's sitting there inside every cell in your body.

Reading, analyzing, questioning and exploring data therefore makes up a huge part of everything that I do as a geneticist and a scientist. This is something I spoke about in detail with Joe DosSantos for the latest episode of Data Brilliant.

And these datasets – especially when we talk about the data within our DNA – are often simply too large for us mere humans to analyze alone. We need technological help to be able to penetrate the data and identify patterns and anomalies that could lead to real breakthroughs. In fact, as Joe and I discussed, I’ve spent a lot of time in the last few years not only working with, but writing and talking about artificial intelligences, including the reality versus the myths. Through this, I’ve acted as a scientific consultant for several movies, most notably the Oscar-winning AI drama Ex Machina (2015).

The film focuses on Ava, a female robot that has been designed to look and act like a human, with a human like consciousness. It explores some tricky territories, and poses some big questions – will robots / AI take over? Can we control it? And what are we actually asking AI to do? I won’t tell you all the answers, you’ll need to watch the film for that, but as we touched upon during our chat, in real life, people and organizations aren’t focused on making robots that can replicate who we are as humans and how we think, but on creating tools that do jobs that we are physically or intellectually incapable of doing. Or, at the other end of the spectrum, getting AI to do some of the heavy lifting for us – such as pouring through huge datasets – to allow us to focus on higher value work. Essentially, to augment the work that we can do. That is the real value of AI - making people smarter using machine intelligence.

My work exploring AI is heavily influenced by my friend and colleague, the mathematician Hannah Fry, whose work on AI and machine learning helps dispel many myths, and also alerts us to the problems that come with failing to recognize inherent biases in the data we rely on. One example I explored with Joe was the automatic hand dryer that was trained on lightly pigmented – mostly European – skin, which failed in practice to recognize black skin. This showed the unintended bias in the technology and data used to create an algorithm. This is something that we, as scientists and data scientists, must absolutely work to rectify.

But whilst our enjoyable tête-à-tête covered everything from the maths behind our human history to where in space it is possible to cook a burrito (and yes, before you ask, there is place in space where this is theoretically possible!), one notion that I want everyone to take away is that data is never neutral. It is always political. Skewed methodologies exist and propensity for unconscious bias when working with data inhabits us all. It is up to us, as scientists and as part of wider teams within organizations, to make sure we have diverse teams building machine learning algorithms so that we don’t fall into the trap of ‘garbage in, garbage out’.

AI has the power to change the way we work, and live as a society, but we cannot allow it to be steeped in bias. To combat this, we must study the datasets in front of us, ask the complex questions only humans can and come to accurate, truthful conclusions. If we don’t do this, we simply can’t call ourselves scientists.