Which Positions Will Go Off the Board First? 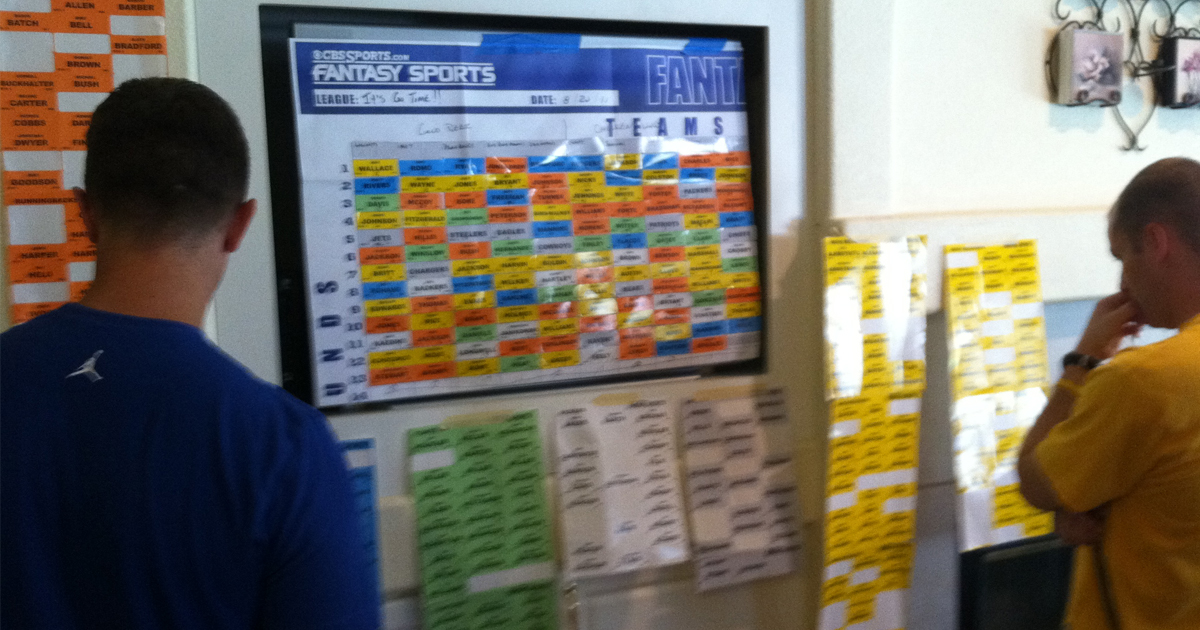 It’s that time of the year again. Time to start strategizing about your upcoming fantasy football draft. Most fantasy football participants draft by name recognition. Everyone wants to snag that premier quarterback.

But is that the smartest move? In this blog, I’ll look at position saturation and I will break down which positions are a priority to draft early and which positions can wait until later in your draft.

The data for my analysis comes from a couple of the top fantasy football sites. For the sake of my analysis, I made a couple of assumptions. These were:

To cover the potential total players covered at each position, I needed to grab data for the top 24 QBs, 48 RB, 48 WR, and 24 TE. The data that I collected included the overall player rankings, the position rankings, and the 2017 projections for those players. I combined the data from the sites and took the averages. I loaded everything into Qlik Sense and started my analysis. Here are some of the things that I found.

Curious about who to draft first for fantasy football? #Qlik's Chuck Bannon shares some tips:

I took the players and sorted them by overall ranking and then grouped them in groups of 12 so that I could simulate my draft with 12 teams. I then looked at each grouping to see when positions were getting drafted and in which grouping. Here is what my analysis told me:

My analysis revealed that the highest priority position should be running back. Running backs showed the quickest 100 point drop off and that appeared in the first grouping of 12. If you miss out on a running back early in your draft, you could be in for a long season. Quarterbacks should be another position of priority. Depending on your league roster set-up, you may look to running back with your first 2 picks and then switch gears and start thinking about a quarterback. Tight ends can be picked up along the way no real hurry there. Finally, the deepest position in the draft is wide receiver. Although it is nice to grab stud, you won’t be over hamstrung if you wait until after securing players at the top priority position.

Good luck in your draft! May we all find those diamonds in the rough!