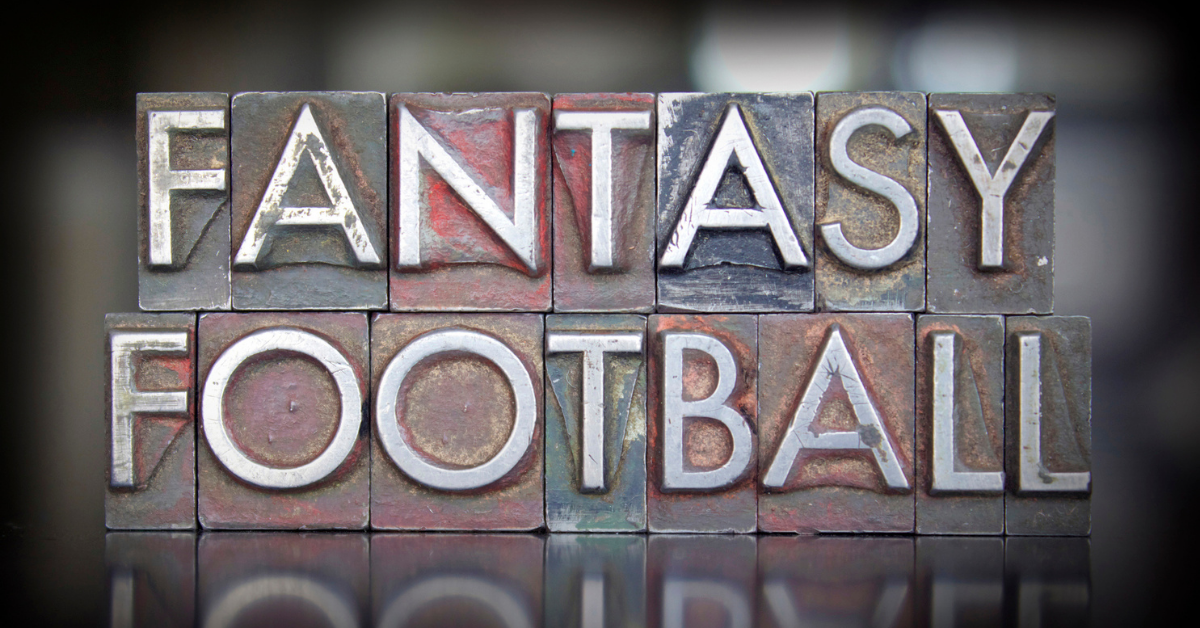 The fantasy football league that I run consists of 12 regular season weeks, with our playoffs running weeks 13-15. With 7 weeks of fantasy football in the books, I am sitting comfortably with a 5-2 record. As a veteran fantasy football participant, I know that things can change in a hurry, so I am always looking to improve my team either through trades or the waiver wire. Now that we have a nice sample size of player statistics, we can see which players might be worthy of some consideration. As always, I went to my go-to source for sports data (i.e., Pro-Football Reference) to grab the data.

I used my league’s scoring to calculate the fantasy football points scored (FPTS). This scoring consists of:

One way to decide which players to target is by looking at the player’s weekly scoring average. Not too surprisingly, the top 10 average weekly points scorers are quarterbacks. The first non-QB who tops the chart is Christian McCaffrey at #13. McCaffrey has only played in 2 games so far this season. Alvin Kamara, who has played in 6 games, checks in at #14.

As you can see, average weekly fantasy points scored can be misleading, as we cannot see the context of the average. Has the player accomplished this over a few number of games or has he been consistent, week after week? Let us now see if we can dig a little deeper into the data by filtering the players by position and adding in the number of games played to get a clearer view of each player’s effectiveness.

Although we expected to see Russell Wilson (37.55), Kyler Murray (32.94) and Patrick Mahomes (28.49) on the list, Josh Allen (30.16) and Ryan Tannehill (27.70) seem to be outperforming their preseason projections. Rookie Justin Herbert (30.96) took over for Tyrod Taylor and is performing nicely in the 5 games that he played – and he is someone to keep your eye on. Although Dak Prescott still ranks high on the list, keep in mind that he suffered a season-ending injury in week 5.

The running back position is usually top heavy as far as scorers and – because running backs take so many hits through the course of the season – they tend to be sidelined throughout the season. For example, Christian McCaffrey, who has the highest weekly scoring average, was killing it the first 2 weeks of the season, averaging 24.90 FPTS a week before he was injured. He has not been back in the lineup since. More recently, Dalvin Cook (20.66) and Aaron Jones (21.20) were sidelined with injuries, although both are expected to return as early as week 8. As is usually the case, Alvin Kamara (24.57) ranks high on the list when it comes to running backs, with Derek Henry (21.44) consistently scoring week in and week out. Once you drop past Henry at #5, the drop off of the average weekly points scored becomes very evident.

Through the first 7 weeks, Davante Adams (21.73) is the only wide receiver averaging over 20 points per week. Adams has suited up for 4 of the Packers’ 6 games this year. Right behind Adams is Tyler Lockett, who is reaping the rewards of Russell Wilson’s hot start, averaging 19.78 points per week through 6 games. The rest of the group are familiar names, with the exception of the Eagles’ Travis Fulgham (16.30), who has made the most of his opportunity to play and who is quickly becoming a must-start wide receiver.

The top 2 average weekly scoring leaders should come of no surprise to anyone, as George Kittle (14.94) and Travis Kelce (14.30) score more like wide receivers than tight ends. Green Bay’s Robert Tonyan (12.40) and Tennessee’s Jonnu Smith (10.72) have outperformed their projected points for this season.

Another way to view the data is to look at the scoring distribution by week. With this approach, we are looking to identify players with a concentration of plot points farther to the right which indicates that the player is consistently scoring at a higher level. Players with plot points scattered throughout the scale indicates inconsistency in scoring outcomes. For example, if we look at Kyler Murray, we can see that he has scored between 28.7 and 44.1 in his 7 games this year. That is the consistency that you need from your players. Conversely, if we look at Matt Ryan, we see that his range of scoring outcomes is very inconsistent, with 4 games under 20 points (low of 7.94) and 3 games between 28.90 and 39.64. This inconsistency is something that makes for a long fantasy football season.

We can also view the data through a box plot to gain even more insight into understanding the most likely scoring outcomes from a player. Certainty of player scoring outcomes is one of the keys to building a championship fantasy team. The box plot below, sorted by median score, shows us which players are scoring consistently as compared to their peers. For example, Kyler Murray is averaging 31.21 points per week. The box plot tells us that he is most likely to score in the range of 29.3-34.03 points per week. Conversely, Aaron Rodgers has a weekly average score of 32.92, but his most likely outcome ranges from 24.66-37.02. When comparing the two quarterbacks, we can see that Kyler Murray is less volatile than Aaron Rodgers.

Being able to consistently project a player’s scoring potential makes for both season long and daily fantasy football success. Having the ability to see into the scoring details helps us avoid the pitfalls of simply looking at a player’s total points scored. Here is a link to the app. Go see what insights you can find.

Good luck in the rest of your fantasy football season. I hope to see you in the winner’s circle.

Want full season & daily #fantasyfootball success? @Qlik_CBO has an app to help bring your team into the winner's circle.