Where is AI going and how we can work with it in the future of BI? 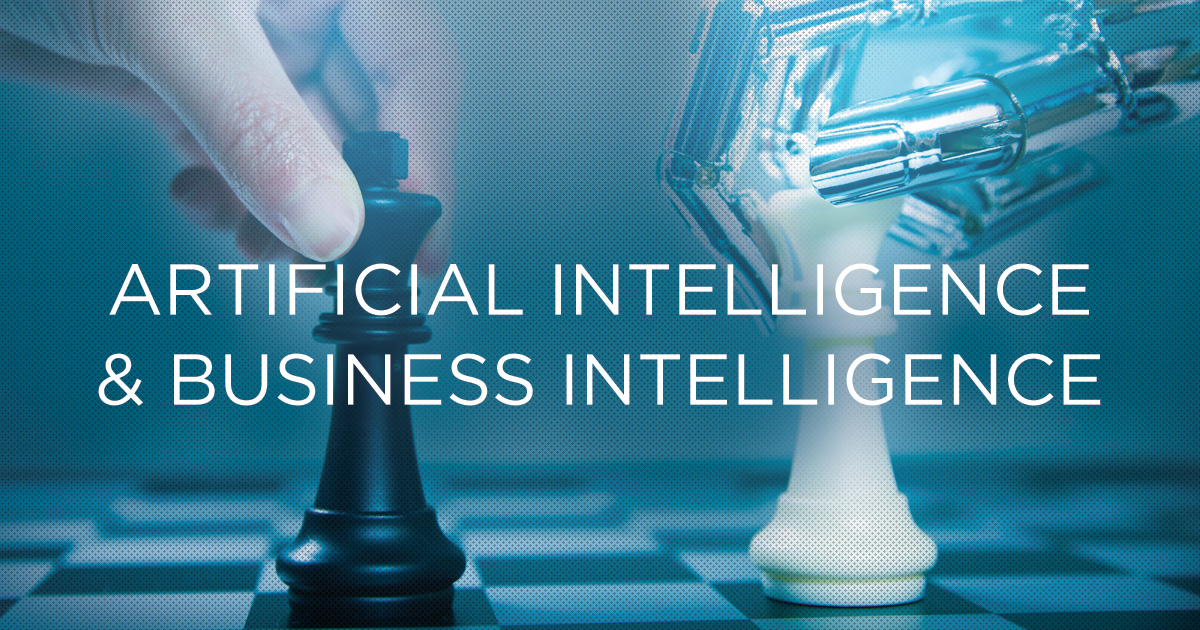 Machines are getting smarter, faster, and more creative. From the Mechanical Turk to Siri our continued fascination with what is possible has helped to push technological boundaries.

Back in 1996 IBM’s Deep Blue made the news when it beat world chess champion Gary Kasparov. While very impressive that a machine could learn to play chess, the ultimate point wasn’t to make a great chess playing computer. Like more recent game playing programs, such as AlphaGo, the real objective is to build smarter & smarter machines that can learn, adapt, and think for themselves. The real goal is the advancement of artificial intelligence (AI).

Early computers were programmed by humans by hand to do specific jobs - pretty straightforward. A calculator was programmed by humans on how to calculate numbers and that’s what it did. But as we have added layers of complexity with greater demands, computers have become so complex that it is no longer possible for humans to program all aspects of some programs. Instead, humans are building parts of programs that go off and build other parts of programs themselves and find the most optimized logic through trial & error. As machines are programming parts of themselves, a human trying to explain exactly how a program is doing what it is doing is actually becoming unexplainable. There are some great videos that help to explain how machines learn such as How Machines Learn by CGP Grey and Machine Learning & Artificial Intelligence by CrashCourse.

So as machines are getting smarter they are being given more complicated jobs - jobs that were strictly the domain of humans. Computers are learning to drive vehicles, read medical test results and make treatment recommendations, write news articles, and of course manufacture goods. One of the benefits a machine has over a human is that, for some of these tasks, a machine is (or will be) better at the job than a human. Another benefit is of course that machines don’t take sick days, they don’t need to sleep, and can do the work of several workers at once. The implication is that AI is coming for your job.

The good-ish news is that for some professions, your computer replacement will take longer to arrive than other professions. While human elevator operators are almost non-existent now, other jobs are more complicated and harder to replace with a machine. AI that is programmed to do a specific task is referred to as weak AI / narrow AI - it’s a machine that is focused on a narrow task and that’s all it does. The program that runs the elevator is great at doing that, but can only do that. A program that can drive a car most likely can’t also play chess, etc. Then there is the degree of sophistication to which a specific branch of AI has reached. While voice recognition has come a long way, you still might want to avoid buying a home automation speaker if you’re Scottish.

For the field of business intelligence it should be obvious that with time, computers will become much better at data analysis than humans. It’s the kind of field that seems perfect for AI - virtual mountains of data at the disposal of AI programs to learn from, analyze, and find the best most reliable algorithms to make recommendations. We already use BI software for its ability to sort through large data sets at lightning speed. The next step is for machines to actually analyze the data and not just retrieve information when called upon.

So what are we going to do? In general, it is always beneficial to focus on your strengths. One strength we have is our ability to problem solve in an interdisciplinary style, something that narrow AI doesn’t do as well. We’re naturally flexible to do different types of work and think in creative ways. Rather than trying to beat the machines at their own game like some sort of John Henry scenario, the smarter move is to merge our strengths with the strengths of AI. A partnership rather than an “us vs. them” Terminator scenario. Machines will bring their speed & processing power to the table as we use our creativity and non-linear thinking, as together we look to solve the business problems of tomorrow.

With #AI poised to make an impact in every sector, @mejadesign provides insight on its development and how humans can take advantage of such technology.