Who is the best NHL forward from your country? Here's what we found. 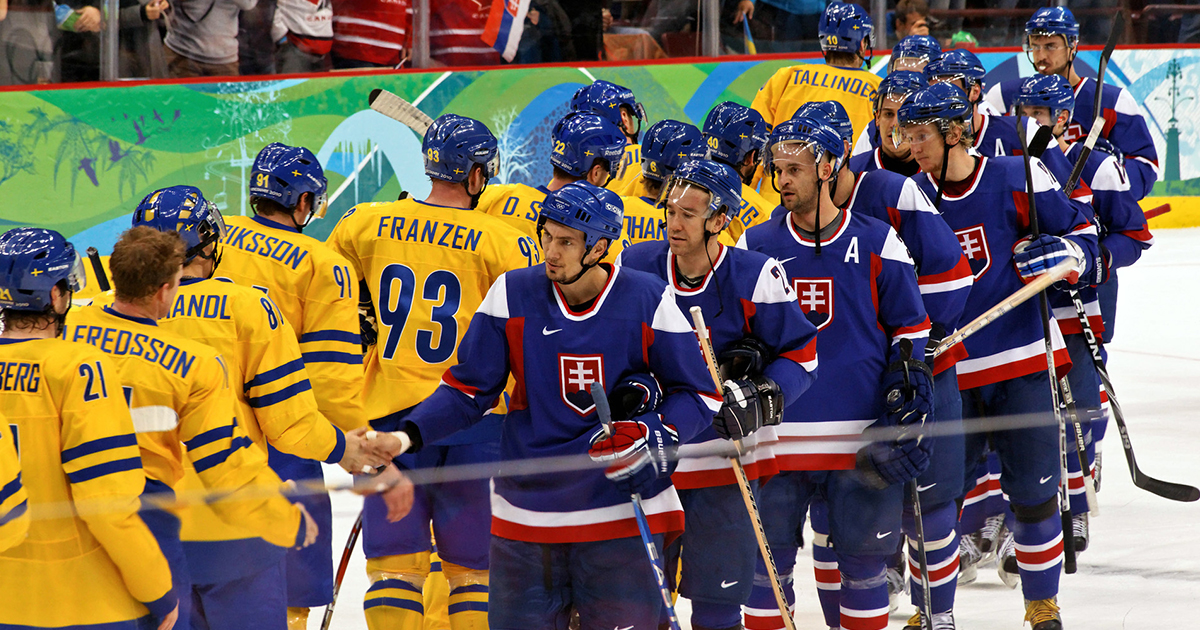 With hockey season now in full swing, I decided to tackle the unenviable task of developing a list of the greatest NHL forwards of all-time. I know, I know, what’s the point: we all know that it’s Gretzky, Howe, Lemieux.

But I wanted to put a slant on it. What if I could develop an app that laid out the G.O.A.Ts by birth country. By doing that, you could then have the debate within your region as to which player should top your country’s respective G.O.A.T list.

Using Qlik Sense, I grabbed the data for NHL forwards from hockey-reference.com. The app that I developed, looks at the greatest NHL forwards of all time from six countries (Canada, Czechoslovakia, United States, Russia, Finland, and Sweden). The only criteria for players to be included in the app was that the player had to have scored at least 500 points in the NHL. WHA stats were not included. And player country is the country in which they were born.

I then developed a calculation for determining the G.O.A.T NHL forward. This calculation included:

I purposefully left out the Conn Smythe trophy as it was first awarded in 1965. I debated as to whether I should include the Art Ross Trophy since it was first awarded in 1947-48. I thought that points per season should be given full weight as it is an indication of how the player performed on the ice. The number of Cups won was tricky as some players were lucky enough to be on great teams that won many, so I decided to multiply by 50 and then divide that total by the number of playoff seasons for that player. All-Star awards are also an individual award so I doubled the weight on those and multiplied the number of All-Star awards by 100 and then divided that number by the number of seasons played. Finally, I accounted for the Hall of Fame by awarding each player an additional 25 points for being inducted in to the NHL Hall of Fame.

Who is the G.O.A.T. NHL forward from your country? This #QlikSense app runs the calculations:

Analyzing the data, I found some interesting insights:

Not surprisingly, Canada represents the overwhelming majority of players included in the G.O.A.T list with 270 players, the United States (37), and Czechoslovakia (28) round out the top three player producing countries.

Surprise! Finland tops the list with their career points average per player is 912.44. Canada (875.73) and Russia (840.63) round out the top three. Can you name the top scorer from Finland? Hint: He played with the Great One.

Obviously, Wayne Gretzky blows the rest of the players out of the water with 3.24k career points, followed by Mark Messier (2.18k) and Jaromir Jagr (2.07k).

Gordie Howe leads the way with 23 All-Star games in 26 NHL seasons, followed by Wayne Gretzky (18) and Frank Mahovlich and Mark Messier each with 15.

Here it is, the moment that you have been waiting for. The list of the Greatest NHL forwards of all-time. “The Great One”, Wayne Gretzky tops the list with a G.O.A.T calculation of 482.2. “Mr. Hockey”, Gordie Howe comes in second with a 322.6 score and Mario Lemieux rounds out the top three with a 309.2 score.

The full app is available here. Based on the results, it looks as if the younger players like Patrick Kane, Alex Ovechkin and Evgeni Malkin are benefiting from my calculation. Obviously, my list will differ from yours, but none the less it is fun to try to sort it out. ENJOY! In the comments section, let me know who you picked as your Top 5 overall from your country.