Data may not predict a champion, but it can create a Rugby World Cup winning squad 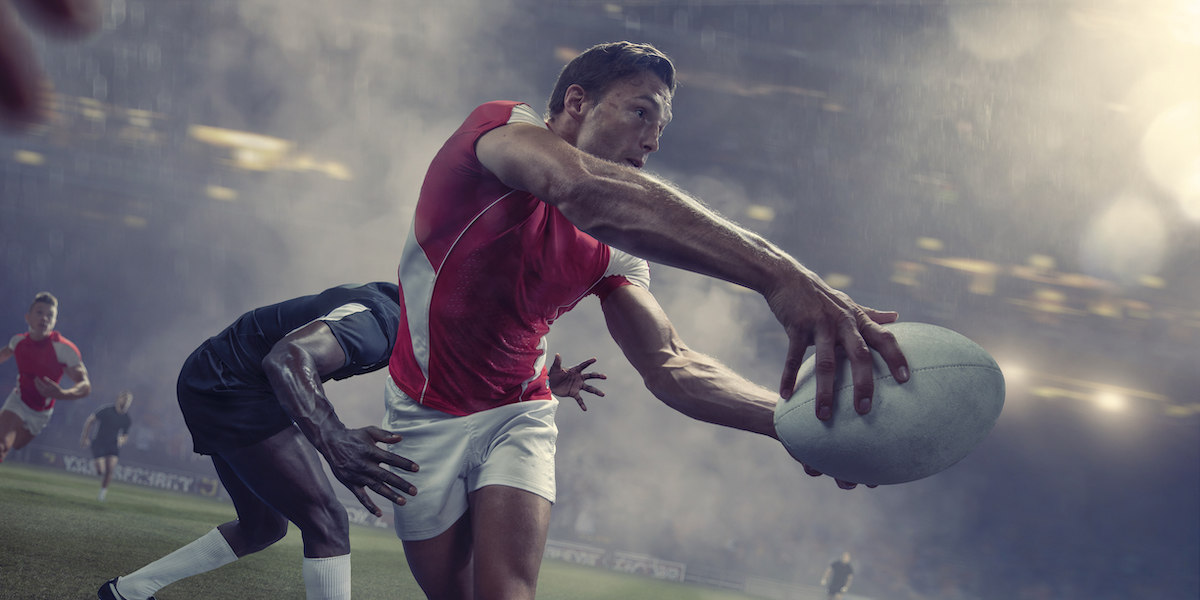 It’s tight at the top of the international rugby rankings with the world’s best teams jostling for the fiercely competed apex spots over the next few weeks. Fortunately for teams competing in global sporting events, such as the Rugby World Cup, data has been shaping the way teams battle it out and improve for quite some time now.

With such a hairline of difference separating the top squads from England, New Zealand, South Africa and Ireland as the Rugby World Cup kicks off in earnest, greater scrutiny is no doubt being placed on differentiators that will help one of these teams lift the trophy. At this stage, a lot is made of tracking past performance and current squad specifics to predict a champion – but less is said about the actual value of data to coaches in creating and training a Cup-winning side. Because at the heart of it, data is key to creating the most efficient team possible.

Creating a Cup-winning side

It’s not just supporters who can use cutting edge analytics technology to monitor real-time metrics and stats from the tournament – as they can do using the Qlik Rugby World Cup app. Technology has now advanced to allow coaches to track a player’s every move on the pitch. The England squad, for example, uses aerial drone footage from every session to scrutinise players’ work rate and movement off the ball to make sure opportunities aren’t being missed. Rugby coaches are also making use of GPS tracking software to collect data on anything from speed and running efficiency to heart rate and body impact loads. All of this data is then analysed and used to improve and advise the players.

It is not just performance which can be measured during a game - the technology also brings radiant health benefits with these systems, sending data to the doctors so that they can ensure the players remain healthy and safe throughout the game. We have even seen the use of specialised mouthguards which relay this data to the benches.

Data is becoming increasingly important in rugby, but being able to analyse, understand and deploy this data effectively is all the more crucial. Data analytics can show patterns in the numbers, tell you what the numbers actually say and even pick out where the performance levels are, but it still lies with the coaches to use the data and combine it with their own knowledge of the game. Eddie Jones, head coach of the England squad has already detailed his data-led strategy to match prep – distilling lots of information down into a few key points to focus on, either in training or in the upcoming game.

The value of data

With so much data at the disposal of coaches, it should come as no surprise that concerns over the use of players’ data have been raised against clubs and unions from the players themselves. It’s been argued that because data is so valuable to the players and teams, players have the right to own their own data to ensure it is not exploited by their own team or sold to third parties - something which could be detrimental to the players in the fullness of time. The data collected from the pitch details the strengths and weaknesses of a player but could also give insight into any injuries sustained, which could negatively impact on their career and their perceived value on the pitch. Essentially, the sort of value that can be derived from this data means that it is increasingly being treated as an asset in itself - which is why this is a contentious topic.

An illustration of the increasingly inherent value of this data - also known as Infonomics - can be seen in how careful sides are being in protecting their data. Squads are now acutely aware of the risks of this data falling into the wrong hands and how that could give rival teams the edge and be seriously damaging during events such as the Rugby World Cup.

Despite some apprehension surrounding the use of data, it is only going to become more central to the nature of the game as the capability of this technology increases. This equipment has the power to harness the ability to send real-time data from the players to those working on the touchlines and that has clear benefits to performance analysis and health monitoring during and after the game. I look forward to seeing how data analytics continues to assist the coaches in bringing their teams to victory over this World Cup – but I obviously don’t need data to know that England will be bringing home the Cup.

Catch real time updates and metrics from every match over the tournament, including a breakdown of data from all previous World Cups, by downloading the Qlik Rugby World Cup app.