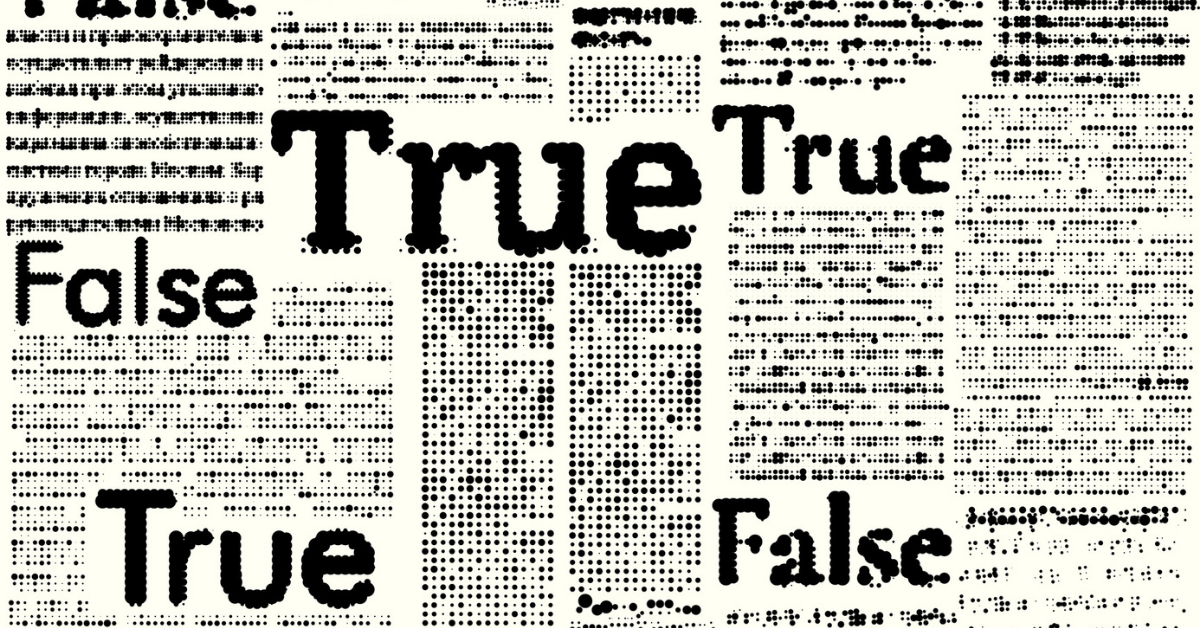 I’ve been blogging for about a year about the power of misinformation and our obligations as data professionals to combat it. In a March 2021 blog post, titled “The Power of Misinformation,” I outlined some of our biological instincts that make us susceptible to misinformation and how tricksters exploit them. In an August 2021 blog post, titled “Combatting Misinformation,” I highlighted efforts of academic institutions to teach data literacy skills, the strengths of thinking like a fact-checker, and some interesting ideas around “pre-bunking.”

I confess in writing these that I was simultaneously dismayed by the rapid flow of misinformation and perhaps a bit overconfident about our ability to detect and rectify the flow of misinformation. After all, how can we embrace a data literate world if we can’t trust the judgment of people to understand what they are seeing and disregard what is clearly false?

But, then I happened upon a TED talk by Philip Fernbach that stopped me cold. In his discussion, titled “Why Do We Believe Things that Aren’t True,” Fernbach asks a truly provocative question: “How do you know that the earth is round?” If you are like most people, you do not have the astronomy knowledge or mathematical skills to prove this. Rather, you rely on your tribe (in this case, your schools, teachers and families) to provide the expertise that you yourself do not have. He highlights that we as a species are unique in this respect – we think collectively and use the expertise of others to fill in the blanks of our understanding while sharing our own expertise to enrich our collective understanding.

Think about that for a moment. Almost everything that you know to be true is because someone told you so. And, although we in the data space believe that we can use data and analytics to improve our understanding of things to clarify the information among people of good intent, at our very core, the very basics of everything that we believe is based on what our tribe has taught us. Do you believe that your country is the most powerful, with a strong military and a strong economy? Do you believe that your neighbor is loud or fun? Do you believe that ten degrees Celsius is warm or cold? Do you believe in God? We grow up in particular geography with particular family dynamics, religious norms and traditions that connect us to the tribe and create stress for us and our community when we reject some of these norms. Think of a person announcing to their deeply religious family that they are an atheist or to their bohemian parents that they would like to become a banker.

So, what does this have to do with misinformation? Although the strategies that I have outlined in my previous blog posts have highlighted important ways for us to fight misinformation, there is something deeply human about why we believe (and choose to believe) what we do. And, generally speaking, confronting a tribe’s beliefs head on with contradictory information generally just makes people entrenched. In this New York Times piece, titled “Belonging is Stronger than Facts,” Max Fisher brings this point home, quoting Dr. Brendan Nyhan as follows: “At the mass level, greater partisan divisions in social identity are generating intense hostility toward opposition partisans,” which has “seemingly increased the political system’s vulnerability to partisan misinformation.” In other words, when your tribe does not share the values of my tribe, not only will I double down on my beliefs, but I will increasingly brand your tribe as enemies who are dangerous.

And thus, although uncomfortable, the only conclusion that we can draw as a successful strategy for the pursuit of valid information is to leave our tribe from time to time. Social media algorithms fight this every bit as much as our own psychological biases, but it’s critical. Rather than revile the next tribe over, it’s important to reach out, to listen, to hear the fundamental issues and even biases associated with a position and be open to the fact that your tribal understanding has missed something. My wife has a wonderful expression: “Listening is seeking to be changed.” So, although our interests might be to correct the illogical thinking of others, this is very rarely a successful strategy. Rather, listening, understanding core assumptions and engaging as humans helps us to break down barriers.

I have a very specific model in mind as I write this. In preparation for his book, “How to Argue With a Racist,” geneticist Adam Rutherford spent countless hours in white supremacist chat rooms, reading sometimes unspeakable things. And he listened.And he engaged. And he was able to come away with a primer on how to engage another tribe in a constructive way. Perfect?No. Enjoyable? Absolutely not. But, social media and the algorithms that reinforce our tribal ideas and behavior are with us, and we have now passed the point of return. Rather than try to fight misinformation, fact by fact, it’s time for us to engage in uncomfortable conversations, rather than point fingers at the ignorance of neighboring tribes. Worst case, we come away with a deeper understanding of how people think. Best case, we beat back misinformation and replace it with truths that can be embraced by a much larger tribe.

"Rather than try to fight misinformation, fact by fact, it’s time for us to engage in uncomfortable conversations, rather than point fingers at the ignorance of neighboring tribes," notes @Qlik's @JoeDosSantos