By Susie Wolff, Former Professional Racing Driver, Former CEO of Venturi Racing, and Founder of Dare to be Different 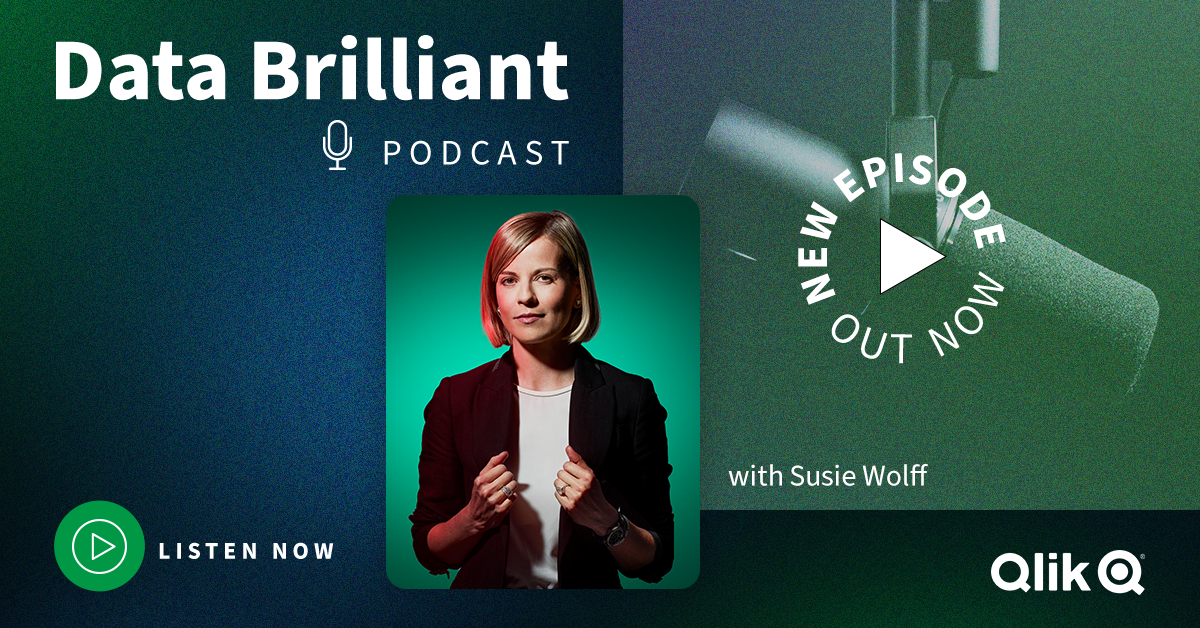 When you’re racing around a circuit at over 200mph, there isn’t much room for error. There's a team of thousands backing you, millions of dollars on the line and a grid of other teams vying for the podium. In motorsport, every millisecond counts – and that’s where data can make the difference.

This is what I spoke to Joe DosSantos about in the latest episode of Data Brilliant. He asked me how important data is to the world of motorsport that I’ve been immersed in since I was eight years old when my dad, who owned a motorbike shop, bought me my first kart.

As I told him, the answer is that data informs everything. Just as it does in the broader business world, motorsport teams can’t make impactful decisions without it. The rush of racing drew me to a career behind the wheel, but it’s the precision and science behind it – driven by data – that creates a successful team.

Adapting on the Track

When we think about racing, we typically focus on the driver. They are undeniably elite athletes, but it’s the broader team that turns them into winners. From senior leadership to analysts and mechanics, thousands of people work together to optimize every car, all pouring over a variety of data points. And this process doesn’t end once the race starts. There are 800 sensors on a Formula 1 car, all capturing potentially vital, real-time information that is relayed to support teams.

It was at the Malaysian Grand Prix when Lewis Hamilton noticed a problem with his engine, potentially putting his strong position in jeopardy. But data derived from the car was almost immediately picked up by an engineer back in the UK. They were able to quickly identify the issue and share the solution with Lewis’s team – all while he was driving in a matter of seconds.

He went on to secure pole position but without that real-time data, the race would have gone quite differently.

Don’t Get Lost in the Data

There is no shortage of data in motorsport, but the skill is knowing which points to act on. To perform well, teams need to digest and learn from information to make instant decisions. Just as marginal improvements and responding in real-time can drive competitive advantage in business, these guiding principles are at the very core of racing.

That’s not to say that data is everything. Motorsport is the ultimate symphony of human and machine, meaning intuition and gut instinct still play a role. You can have all the data in the world, but if the tyre temperature isn’t optimal or the driver hasn’t slept well, you might need to balance what the data is telling you with the human wildcard. Like in the wider business world, it’s important to look at racing data holistically and consider it and all the data you’re seeing in context. The data might be pointing in one direction, but sometimes gut instinct and experience can be just as valuable. This is why the power of combining human and machine should never be underestimated.

Daring to be Different

In 2014, I made history as the first woman to take part in a Formula 1 race weekend. As something of an outlier, I was determined to give back. After all, success in our sport is so often determined by the combined skills of large teams, and so I increasingly understood the value of diverse perspectives. Given that data is so open to interpretation, these perspectives are even more crucial in motorsport.

That’s why when I spoke to Joe about Dare to be Different, an initiative I founded to inspire the next generation of women in motorsport, I wanted to be clear that this isn’t just about drivers. When you go to a race, you see around 20 drivers on the grid, but there are thousands of people behind them – and most are men. I have always wanted to break down these barriers; to show young women not just that there’s a place for them in this data-driven industry, but that they are crucial to team success.

So whether you’re acting on data in the driving seat, or analyzing it to plan ahead, every role counts. Like many applications of data, motorsport is a balance. Human versus machine, gut instinct versus evidence, success often comes down to knowing how and when to act. Exactly like the corporate world, those marginal gains can tip that balance and take you from the back of the grid to a podium finish.

@Susie_Wolff joins Joe DosSantos on the Data Brilliant podcast to discuss the benefits of using real-time data in context, and why it’s important for humans and machines to work together.