By Brett King, CEO of Moven, futurist, author and host of the number one fintech podcast, Breaking Banks 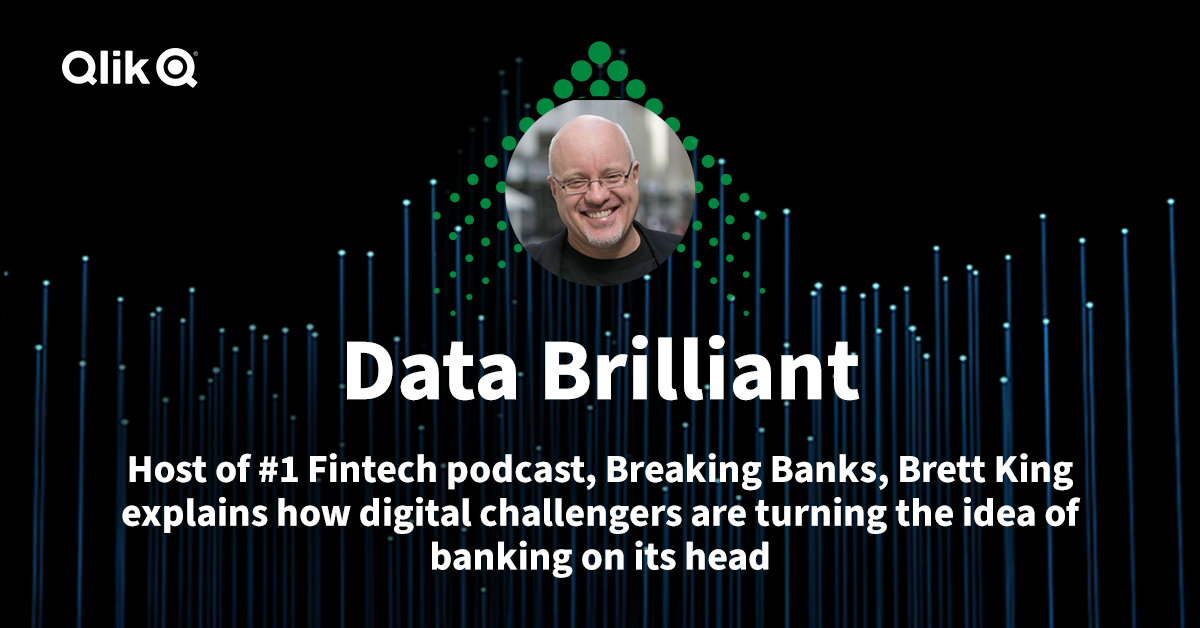 In 2019, global venture capital investment in Fintech totaled at least $33.9 Billion. For years, the incumbent players had been warning the sector that when the next recession hit, or when fintech faced a “real” crisis, that the sector would, at worst, collapse, and, at best, see a whole bevy of fintech players disappear

As the pandemic impacted the world, we’ve seen headlines like “COVID-19: will Fintechs crash, survive or get bought?”, “There are many signs that fintech is in a bubble, billionaire investor Flowers says”, and the perennial “Is the fintech bubble bursting?” And, although 2020 started off with a global recession that saw fintech investments cool, 2021 was a completely different story, much to the chagrin of many of the traditional players.

As I discussed with Joe DosSantos in the latest episode of Data Brilliant, in 2021 fintech investment ballooned, more than doubling the best previous year on record. In fact, one in five venture capital dollars raised in 2021 went into the fintech space.

The Fastest Growing Financial Institutions Are All Digital

It’s not just the pace of investment either. Obviously, fintech offered critical utility as the pandemic hit and consumers around the globe became more dependent than ever on e-commerce, mobile wallets, mobile money platforms and the like. But, something more fundamental was also happening: increased digital adoption.

In June of 2021, NuBank raised an additional $750m, becoming the most valuable bank in the Latin American market, not because of an overheated fintech bubble, but because NuBank’s fundamentals fit much more closely with digital-first economies of the 21st century, versus the outmoded metrics we typically applied to banks in the last century. As Joe and I talked about at length, tech giants are stealing market share and gaining investment, because of the omni-channel, ubiquitous experiences they are offering, due to the abundance of data they hold.

In fact, Joe asked me whether we would get to a point where we would ask our phones, “Hey Siri, can I afford to go out tonight?” And, you know what? We’re not that far off having the data and analytics and the experience to allow banks to actually answer questions like this, as financial institutions (FIs) continue to move away from being transactional to using real-time, hyper-contextualized data to become an ever-present part of our lives.

Measures like return on equity, deposits, non-performing loan ratios, and other such standards made sense in the heavily regulated and constrained pre-internet, pre-mobile worlds. But, in the post-pandemic world, we’re hearing about digital customer acquisition costs, scaling, engagement, referral and tech stack-based operational efficiency gains. NuBank grew from 40 million users to 48 million users just in 2021 alone. This ability to scale digitally is what is setting these “challengers” apart from their traditional competitors, and is also why incumbents should see that 2021 was not an anomalous event, but the market responding to a reshaping of financial services through technology adoption.

Yet, NuBank isn’t the largest challenger bank in the world. WeBank in China is already valued at almost $70Bn and has more than 200 million customers today – twice that of JP Morgan Chase, the largest U.S. retail bank.

Clearly, the potential growth of players like NuBank, WeBank, Ant, Revolut and others is the fact that they can enter new markets relatively easily due to the fact they don’t require branch networks or agents to enable distribution. The market has already recognized that customer behavior has shifted to digital-first during the pandemic, and players designed from the ground up for the digital world have significant advantages in acquisition, operations, customer experience and servicing capabilities. In 2018, WeBank already handled 98% of its daily customer support enquiries via AI, as an example.

The fact is the world’s largest companies today are all technology players. It’s only natural that when we look out to the end of this decade, that we’re much more likely to see one of these fintechs becoming the first trillion-dollar valuation bank or FI than we are to see an incumbent becoming one.

In the new #DataBrilliant episode, #FinTech innovator, @BrettKing, explains how digital challengers are turning the idea of banking on its head