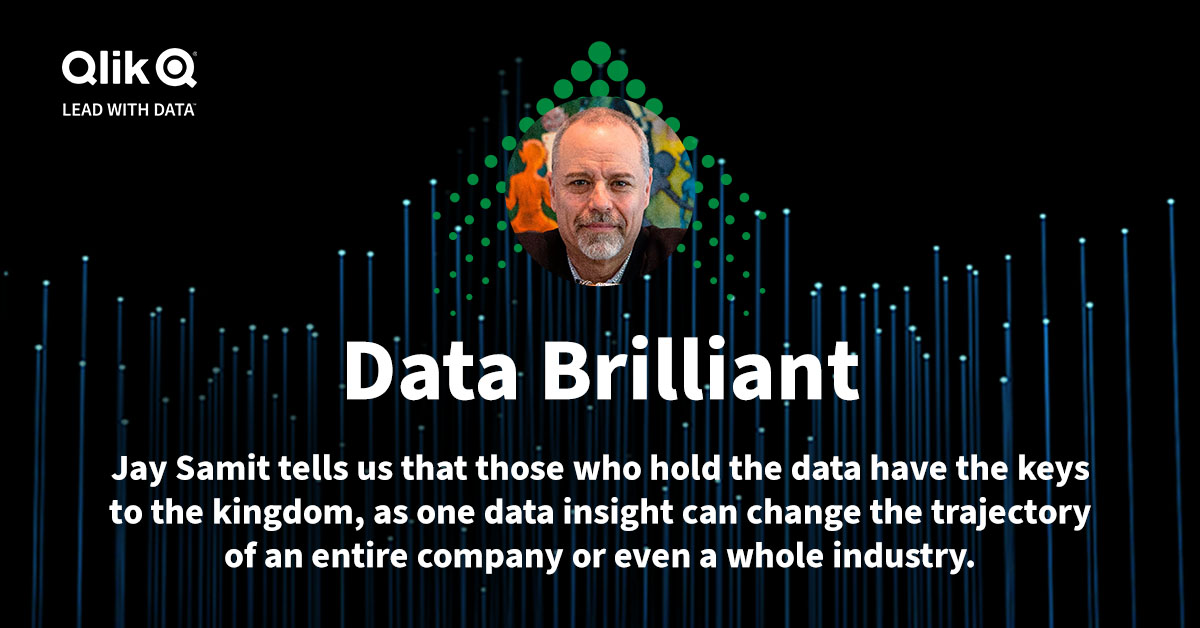 We’ve all faced the daunting problem of trying to transform a company that can’t adapt to ever changing market realities. Perhaps senior management refuses to change things that worked for them in the past, or internal budgets don’t align with the new external competitive landscape. Regardless of the cause, every intrapreneur has a partner who can empower them to revolutionize even the most stubborn of bosses: data.

Data is your best friend for enacting change. It has no ego. It doesn’t lie. In fact, in the 21st century, the only competitive advantage any corporation has is deriving insights from their data faster than the competition. As I discussed with Joe DosSantos on the latest episode of Data Brilliant, I have spent the past three decades transforming entire industries by having – and treating - data as a partner. Google and Facebook’s fortunes are powered by real-time analysis of thousands of pieces of data on each user. While giant corporations can make billions off of massive sets of data, even the smallest of companies can make a fortune from the simplest of insights. I was CEO of a small startup that leveraged one data insight into a $200 million exit eighteen months later. Its power cannot be underestimated, but for it to really transform a business, data needs to be seen as a living, dynamic entity, that needs to be looked at in real-time and within the right context.

How many businesses still look at month old – or even older – data sets to make their decisions? As Joe mentioned during our talk, the speed at which people need to make the decisions has changed. If your data is left behind, then you will be too.

Data Can Speak Louder Than Any Person in a Board Room

Every industry is undergoing the challenges of digital transformation. I have led companies with hundreds of thousands of employees around the globe and worked with pre-revenue startups that became multibillion dollar businesses. I have worked with airlines and automakers, entertainment conglomerates and quick service restaurants, major retailers and financial services organizations. What all of the successful companies I have worked with have in common is data-centricity.

As I talk through with Joe on the podcast, decades ago, when Napster and the other illegal pirate services where destroying the music industry, I was brought in by the CEO of the largest music company in the world to create a digital future. EMI, which owned labels ranging from Capital Records and Virgin to Angel and Blue Note, had been around for over a century and yet was unprepared for the digital age. EMI had no database of what albums or songs they owned, what digital rights they had, or even a digital database of the actual recordings. On my first day at the company, when I asked the CEO for this data, he mimed handing me a stack of imaginary paper and said this is all we have. We spent a year just digitizing legal agreements, master recordings, album artwork, and working with artists to explain our plans for the digital future. During that same year, when the music industry shrunk from $40 billion in revenue to just under $20 billion, we generated over $100 million from our new digital insights.

Armed with this new data, we were able to pioneer dozens of new business models and glean insights that our competitors where blind to. Today, the businesses we started (paid downloads, streaming services, digital subscriptions, etc.) account for the majority of revenues in the now $62 billion music industry.

As we enter a new era of spatial computing, where all of us will be wearing augmented glasses that provide a digital overlay to our physical world, every industry is going to face the disruption that the music industry had to overcome just over 20 years ago.

A decade ago, could any of us have predicted how the smartphone would transform how we live, work and play? Spatial reality will be as big a change, except it will happen much quicker. Millions of sensors in the real world, will feed a constant stream of data tracking an ever-changing supply chain with constantly evolving consumer lifestyle options. Imagine how much your organization would have benefitted, if it foresaw the supply chain issues exacerbated by the pandemic, before your competition. One automaker would still be manufacturing new cars, while the other would still be waiting months for computer chips. One retailer would find domestic suppliers for key products, while their competition’s shelves remain bare with seasonal merchandise stuck in ships off-shore.

Data is the lifeblood of every business. So, the people handling this data have the gold. They have the keys to the kingdom. As I’ve learnt from my own experiences, one insight can propel a career, one insight can change the trajectory of an entire company or even a whole industry. The only way for anyone to future proof their career and their business is by viewing data as an active partner, and giving it a seat at the table.

In the latest #DataBrilliant episode, @Jaysamit talks to @JoeDosSantos about how #data must be seen as a living, dynamic entity that needs to be looked at in real time and within the right context. At Qlik we call this #ActiveIntelligence