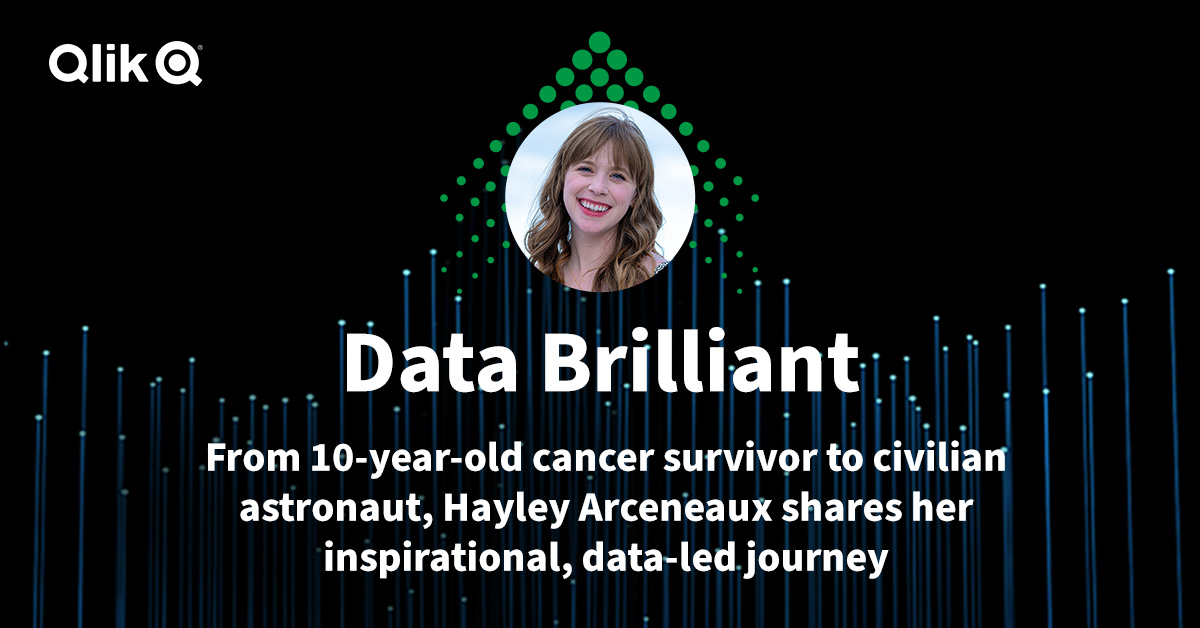 My journey has had many twists and turns. I never thought I’d be a child with cancer or travel to space. But one thing’s for sure: staying hopeful has helped me through every experience, and I feel grateful for my life every single day.

I was a normal, active 10-year-old. I’d just earned my black belt in Taekwondo when my knee started to hurt. It was confirmed: bone cancer. I thought I’d been given a death sentence, but after arriving at St. Jude Children’s Research Hospital I began feeling hopeful. The year I spent at St. Jude was the most important of my life. I fell in love with the place and people. I wanted to grow up and work with children with cancer too. And I’m so proud to say, that’s exactly what I did. Now, I get to work with brave children and parents every day. And, as I discussed with Joe DosSantos on the Data Brilliant podcast, as a Physician Assistant at St. Jude, I rely on data every single day to bring confidence and certainty to the medical team and families.

As Joe rightly pointed out during our talk – it may not seem obvious at first – but data actually helps us communicate and connect with people at a difficult time in their lives. It is so hugely important to understanding a diagnosis and a pattern of treatment. As an example, we collect data to monitor for and hopefully prevent early-onset sepsis. By looking back at vital signs captured from the beginning of treatment, we can monitor trends and more acutely pick up on changes, all with the aim to save more lives.

For me, more than anything I think that data helps give peace of mind. It helps to prepare families for the future and understand what to expect. Ultimately, it’s about having – and giving others –

confidence, based on data, that everything will be okay.

Surviving childhood cancer and growing up to work in a place that safeguards children’s futures gave me a new appreciation for life. This mindset is what ultimately gave me the courage to say “yes” when I was asked to go to space.

Because who could say no to that? It all started when the Chief of Staff at St. Jude told me they wanted to talk to me about a unique opportunity. I had some theories, but never in my wildest dreams did I think they’d ask me to go to space. It was the biggest shock of my life.

My immediate reaction was to laugh – were they really asking me to go to space to raise money for the hospital? This couldn’t possibly be real. My hands were shaking, but it was a no-brainer. One week later, I was on a plane to SpaceX to train for the first all-civilian, three-day mission.

But the trip wasn’t just for me. It was for the hospital as we raised an unprecedented $243 million for St. Jude – money to support the hospital’s work worldwide and change countless children’s lives. But also, we did it for science.

Becoming a source of data

As someone who spends my days collecting and analyzing data, the tables turned when I went to space and ultimately, became a test subject for how the human body reacts in space. Tons of data was collected from me and my fellow crewmembers. I collected blood and saliva, performed ultrasounds of some of my large blood vessels, tracked my glucose on a continuous monitor, swabbed various parts of my body to evaluate the microbiome, and performed cognitive tests, all of which was compared with our pre- and post-flight data. I work with data, but I’d never seen anything quite like it.

This was such a privileged position to be in, and I wanted to help progress science and data research in any way I could.

Every experience I’ve had has changed me. And travelling to space is most certainly up there. There’s nothing that can prepare you to see Earth from space. Seeing it filled me with an overwhelming sense of gratitude for my life, even more so than I’d felt before. When I went to space, less than 70 women had ever been and the magnitude and privilege of that was absolutely not lost on me.

But during the discussion, Joe and I got talking about whether I would go to space again. And it may shock some, but my answer was no. Not because the experience wasn’t out of this world and one of the most amazing things that has ever happened to me, but because I want more and more people to experience the incredible adventure of going to space like I did.

Want to hear even more from @ArceneauxHayley and her experiences of being the youngest American to ever orbit Earth? Watch her keynote speech from #QlikWorld on demand. 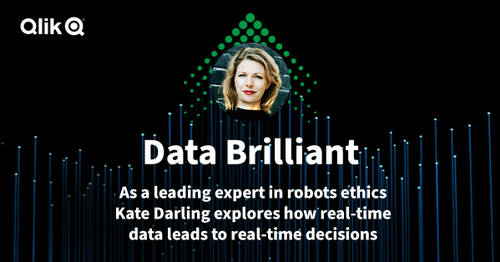 The New Breed: How to Think About Robots